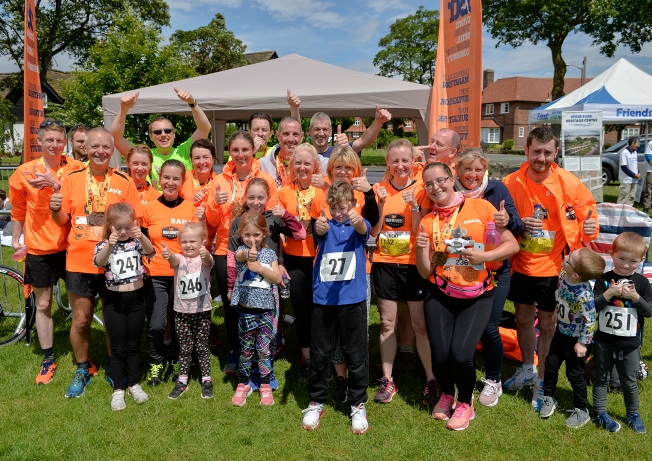 A Wirral running club is hosting a new event as part of the Hoylake and West Kirby Lifeboat Open Day.

It has been organised by Hoylake-based BTR Road Runners to encourage new runners, raise money for charity, and upcycle medals and T-shirts from their other local races.

Profits from the run will be donated to the Hoylake branch of the RNLI (Royal National Lifeboat Institution), which is holding its open day at the same time.

The idea behind the event is to create a mobile 5K which will move around Wirral, while supporting new runners and welcoming them to experience a race event environment, maybe for the first time.

The August event marks the first in a series of Medal Muddle 5K races being staged monthly until November, supporting a different each charity each time.

The second Medal Muddle 5K will take place on Sunday 29 September, starting from Ashton Park in West Kirby on the Wirral Way, with profits being donated to Pawprints Wildlife Rescue in Hoylake.

Entry is £10 with all profits being donated to charity. There is no lower age limit, but youngsters must be accompanied. All running abilities welcome.

Organisers hope the new concept will attract beginner runners or those embarking on a Couch To 5K plan, and for them to use the Medal Muddle series as a target.

BTR Race Director Alan Rothwell said: “BTR Road Runners are working hard to develop the Medal Muddle concept, so past race event medals and T-shirts can be put to good use rather than go to waste. By upcycling, we’re taking our commitment to going green even further and doing our bit for the environment.

“The Medal Muddle will also encourage new runners to get involved, with the added benefit of community support and engagement while fundraising for local charities.

“We’re delighted to be working with the RNLI at Hoylake, who are supporting the very first Medal Muddle 5K event. The run will be part of the long established annual Hoylake & West Kirby Lifeboat Open Day, so a fun day out for all the family – we hope to see you there.

“A nice element of surprise on the day for participants will be seeing what medal and T-shirt they will receive when they cross the finish line.”

Entries for the Medal Muddle 5K can be made in person at the BTR office at 82 Market Street in Hoylake, or online registration is available by visiting https://www.btrliverpool.com/medalmuddle

West Kirby beauty salon @Positivetouch_ has gone out of business due to the impact of the pandemic.

Owner Laura Weston revealed her decision to bring the shutters down in a heartfelt message on the beauty salon’s website.

A popular West Kirby beauty salon has closed its doors for good due to the impact of the Covid-19 pandemic.

A crew from @HoylakeRNLI were called out to rescue a stranded yacht on Saturday morning.

Hoylake RNLI lifeboat rescued a yacht which had suffered engine failure with four people on board.