Our five favourite stories of 2020 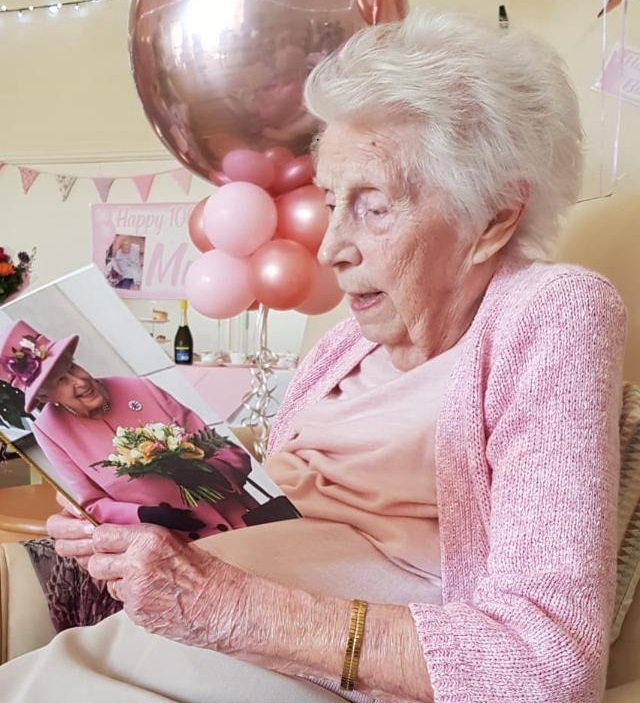 It has truly been an extraordinary 12 months for us all.

But in amongst the doom and gloom of a world grappling with a pandemic, we have been able to report stories that have helped raise our spirits – and hopefully yours too.

In no particular order, these are our five favourite stories of the past 12 months.

If you’ve been into West Kirby recently, you won’t have failed to notice the many colourful flower displays that have appeared.

It’s all the work of ‘West Kirby in Bloom’, a group of like-minded people who we reported on when they came together a year ago, determined to brighten up the town.

They have been supported in their efforts by local businesses, who have sponsored the planters.

Julie Dala from the group told us: “We’re very proud of what we have achieved so far. West Kirby finally has colour! And I hear so many lovely comments all the time. It’s just many hands make light work, and it is very rewarding.”

When staff at Hoylake Cottage nursing home learned that their oldest resident had a big birthday coming up, they pulled out all the stops to ensure she was able to celebrate in style – despite lockdown.

Retired seamstress Muriel Dufton, who worked for many years at Theresa Ryan’s dress shop in West Kirby, moved into the home last year after spending most of her life living in Newton.

Her family had planned a special day to mark her 100th, but it was thrown into doubt when the home went into lockdown as a result of COVID-19.

However, staff rallied round to come up with a plan which meant her family were able to hold a socially distanced get together. They opened up the day centre next to the home and arranged for it to be the location for the party, with a deep clean before and afterwards.

Guests had to don PPE including masks and aprons, while her presents and cards – including one from Her Majesty The Queen – were quarantined.

A social media appeal for birthday cards led to scores being sent by local residents and schoolchildren, complementing those from her family.

The home also arranged a cake and a singer, who performed war time songs.

And how did Muriel feel about reaching one hundred? “It feels no different to being 99!”, she joked.

Residents of a Hoylake street held a socially distanced party to raise money for the RNLI following the cancellation of this year’s lifeboat open day.

Families on Dovedale Road, which is located a few hundred yards from the town’s lifeboat station, held the event on Saturday 30 May.

They raised a grand total of more than £1,300 – helping plug an expected £20,000 gap in fundraising due to the August bank holiday event being called off as a result of COVID-19.

“We had so much fun and knew the lifeboat were struggling for funds as there will not be a lifeboat day this year, so we decided to do another one to raise money for them.”

A talented West Kirby family took to the streets to give a musical tribute to the NHS.

During the weekly Clap For Carers, the Stephens’ family performed for their neighbours on Darmonds Green, in West Kirby.

The family band comprised dad Ian, who plays double bass and is a composer and composition teacher, his wife, Mandy Burvill, a former clarinetist with the Royal Liverpool Philharmonic Orchestra and their children Maisie Stephens, 16, who plays violin and Lily Stephens, 14, who plays flugelhorn.

We’re all going on a bear hunt

Grandfather Andrew Curran began creating funny scenes with the teddy bears outside his home in Graham Road in West Kirby to entertain his grand children.

But his teddy bear vignettes took on a life of their own – every day at 9am, a new scene appeared outside Andy’s home and stayed there all day, until the bears went to bed at 7pm.

He said: “I got the idea when my grandchildren said they were going on a bear hunt. I thought it might be more fun if they did things each day.”

“I thought the queue for the cafe seemed quite big,” said one bemused woman as she passed by the Swe...

Can anyone name the view?
⛰🗺☀️

Good luck to all our friends opening today in Wirral and over the water! We'll be opening up in May but I'll be round and about to support you all for 'research purposes' 😄🍻🍺

The pubs, bars, restaurants and cafes reopening from Monday 12 April

Council fitness facilities are coming back

How would you spend the government’s ‘Welcome back’ fund to help high streets and coastal towns?

Get set for the return of outdoor sports

West Kirby Arts Centre to reopen in May

Residents and businesses have their say on Hoylake’s future priorities

Wilson Trophy called off again due to Covid restrictions

Pay to play at the course of Open champions

The important dates in the road out of Covid lockdown