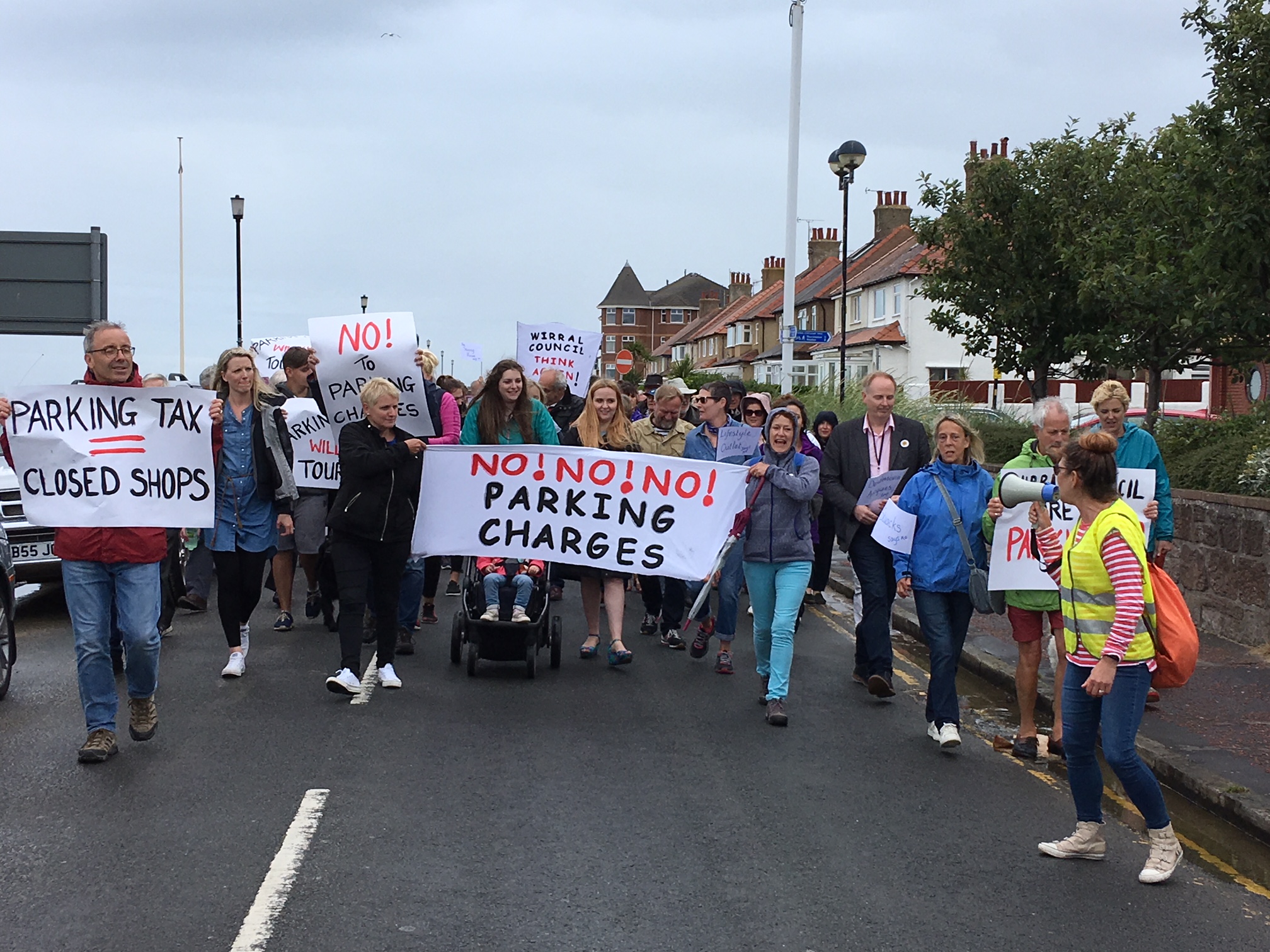 Controversial plans to introduce new parking charges in parts of West Kirby and Hoylake have been scrapped.

Council leader Phil Davies has told officers to tear up plans for meters on South Parade in West Kirby, as well as North Parade and Meols Parade in Hoylake, and in New Brighton and Leasowe.

He has conceded that the plans “were not the way” to address cuts in the council’s Central Government funding.

The proposed charges – £1 per hour, £2 all day and £20 overnight – had sparked huge concerns from businesses and local residents – with over 100 people taking part in a protest march along the front in West Kirby last month.

“Over the last few weeks I have had the opportunity to speak to local residents, listen to the views of local community groups and meet with visitors enjoying the fine weather in New Brighton and West Kirby.

“Our coastal communities are an important part of our visitor economy, but are also residential neighbourhoods in their own right. It is important that when we make decisions which affect these towns and impact on the life of local residents, we think about the wider implications.

“I understand, nobody likes paying new charges, even though we need to find ways to raise revenue for local services it is clear to me these current proposals just do not work. I understand the intention was not to ‘penalise’ local residents or to cause more parking problems in adjacent streets – but that is what these proposals risk doing. Residents told me how concerned they were, and it is our duty to take the correct actions.”

Cllr Davies added: “It was clear to me what action we need to take. Today, I have asked the officers to withdraw the current proposals forthwith, which I am sure local residents will agree is the sensible thing to do. I want to thank all the people who I have spoken to, and all those who made their opinions known through the consultation process.

“While I’m pleased we have listened to residents’ views on this issue, the stark reality remains Wirral Council is chronically underfunded. We have to continue to find ways to be more commercial and raise additional income to fund local services.”