Book your place at meetings over proposed housing sites 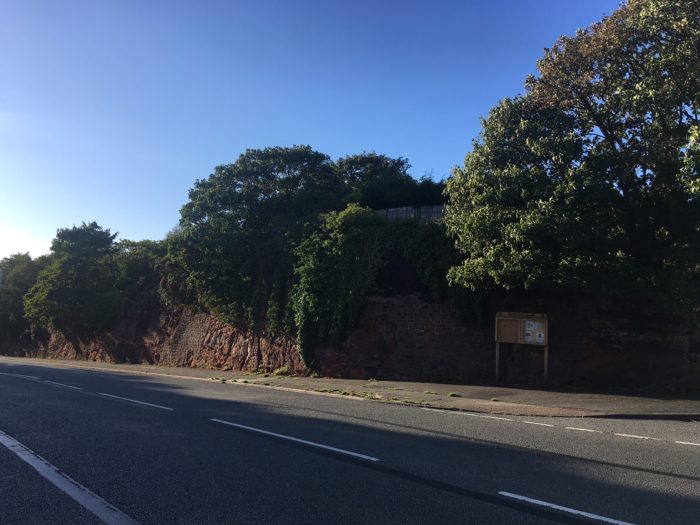 Share on twitter
Share on facebook
Share on linkedin
Share on whatsapp
Public consultation meetings are to take place in West Kirby over plans to release new sites for housing over the next 15 years.
Last month, West Kirby Today revealed the land in the town included in the proposed Local Plan for 2020-2035.
The consultation meetings are being held at West Kirby Concourse on Tuesday 18 September at 10am, 4:30pm and 7pm – but residents wanting to attend must book a place online.

The sites included in the draft Local Plan are:

In total, 74 houses could be built on the plots of land which have been identified for development – all are classed as ‘brownfield’ because they have previously been used for a specific purpose, or are derelict.

More controversially, the council is reviewing a number of Green Belt sites – including Column Road Fields (excluding Stapeldon Wood), and a site to the west of Meols Drive in Hoylake (not including Royal Liverpool Golf Course).

Signs opposing any development at Column Road Fields have already appeared, and a petition has gathered more than 1,000 signatures.

The council is at pains to point out that it has to review Green Belt land because the Government’s Local Plan methodology has set it a target of building 12,000 homes across the borough over the next 15 years, but there is only brownfield land available for around 7,000 properties.

It says it is challenging ministers on the methodology, but in the meantime has no choice but to go through the process – particularly as earlier this year the Government criticised the local authority for not acting quickly enough to deliver its Local Plan, and threatened to intervene.

Cllr George Davies, Cabinet member for housing, said: “Our efforts to identify a more accurate and meaningful house building target for Wirral will continue. The government has recently announced it wants to revisit its calculations around demographic change, and we hope that this will help reduce the pressure on green space the current targets are creating.

“While the campaign to reduce the Government’s mandated house building target goes on, we also want to hear what local residents and businesses have to say, and how you suggest we provide the homes Wirral residents need today and tomorrow, but also maintain the character and charm of the borough.

“While we have serious misgivings about the formula and targets, we have no option but to complete a Local Plan. And because the Government has to approve our submission, and we will provide all the evidence and responses made, it is vitally important local residents get involved in the consultation. Only by showing we are listening to local residents can we support our efforts to minimise the impact on our borough these house building targets are creating.”

How else to have your say

Paper feedback forms are at One Stop Shops, Libraries and Leisure Centres for those residents unable to get online.

The plan will only be adopted following approval from an independent planning inspector appointed by the Government.

Police have released CCTV images of a man they want to speak to in connection with an attack on two teenage boys in West Kirby earlier this month.

Police have issued CCTV images of a man they want to speak to after two teenagers were assaulted in West Kirby.

Great to meet with @MerPolWirral's local policing team & #WestKirby residents this evening, talking about ASB in the area & what partners including the police & the council can do to tackle the issues.

4/4 ... we’d love to hear from you and have you join our market support team. To find out more email us at admin@westkirbyfarmersmarket.co.uk, or pop down to the next market this Saturday 26th June, and say hi.

3/4 ...our market relies on volunteers to help run it. Volunteers come from all walks of life and no experience is necessary, but if you share a love of good food, vibrant places and providing a great market for West Kirby...

Restaurant ‘Thai’ in for historic pub

Hoylake Coxswain to hand over the helm

77 year-old rescued from the water in West Kirby