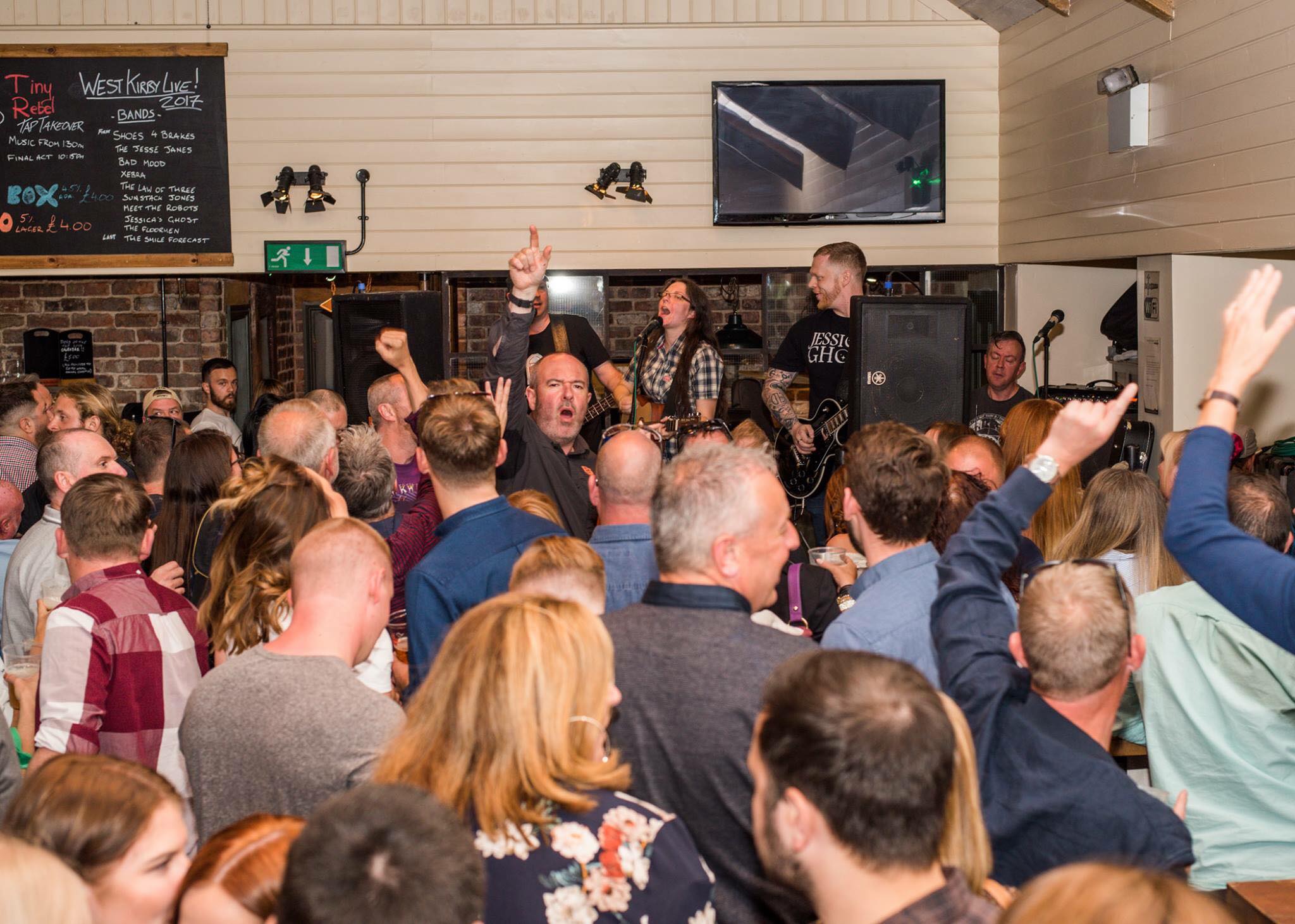 More than 130 acts will perform at the West Kirby Live festival this Saturday, 1 June, raising money for Clatterbridge Cancer Charity.

Highlights include music on two outdoor stages in Coronation Gardens and comedy at the Ring O’Bells – headlined by Tony Slattery.

Tom said: “A lot of people will remember the Oxjam festival which happened in Hoylake a few years ago, which is where the idea for West Kirby Live originally came from.

“In its first three years, it has gone from strength to strength and raised over £20,000 for Clatterbridge Cancer Charity.

“The event has brought some of the busiest days ever for many of our local bars, pubs, cafes and restaurants and we want to bring in as many local businesses as possible to support the continued growth of the event.”

Ian Westcott from Clatterbridge Cancer Centre added: “I think it’s great that people get involved in things like West Kirby Live, and all the volunteers we have out there who give up their time just to raise money for our patients just to make it a bit nice for them.”

IT company Flow Networks and Specsavers are among the companies supporting the event.

Performances start at 11am – for more information visit www.westkirbylive.com.

Read (and SUBSCRIBE!) to our latest newsletter with news of the new medical centre, an appeal for a Town Masterplan, details of this Sunday’s Remembrance service and parade and much more.

Hello! It’s another bumper edition today with news of the new medical centre, an appeal for a Town Masterplan...