Housing scheme will ‘secure the future’ of private school 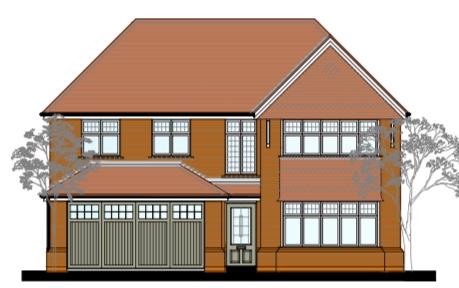 Plans for a new sixth form block at Kingsmead School in Hoylake funded by the development of luxury homes on a disused playing field are being recommended for approval.

The independent school, which dates back to 1904, says the new two-storey building will enable it to take up to 60 pupils aged 16-18 by offering a range of subjects at A level and BTEC, and secure its future.

But the proposal by Forth Homes for 25 detached properties on the site is opposed by Sport England – the organisation charged by the Government with promoting physical activity – because it will mean the loss of outside sports space.

To compensate, the developer is offering to pay to bring nearby Sandringham Avenue playing field back into use for the local community. Although this does not satisfy Sport England’s requirement for alternative space to be provided on the same site, Wirral Council’s planning officials conclude it “should be weighed in favour of the proposed development”.

In a statement, Kingsmead School told West Kirby Today: “The proposed site will turn 2.8 acres of disused playing field at Kingsmead School into a development that will provide 25 new homes, including 4 different house types consisting of 4 and 5 bedrooms, bringing a number of desirable family homes to the area and contributing to the 5 year housing land supply.

“The Crosby-based house builders behind this exciting new scheme, Forth Homes, are working closely with the local authority and Sport England. They have agreed a commuted sum to replace the lost playing field, by bringing the old sports field at nearby Sandringham Avenue back into use, and enabling a number of much-needed affordable homes to be built on a separate site within the Wirral area. The new playing field at Sandringham Avenue will then be available not only for use by pupils at Kingsmead School but also for those in the local community.

“Forth Homes have engaged with the local community regarding the design and build of the development by holding initial consultation events and are grateful for the support they have received from local councillors for the project from the start.”

The school and housing company have calculated that the development will deliver a £5 million economic boost and support around 120 jobs.

Local councillor Andrew Gardner, said: “Following a period of extensive consultation we are pleased to say that local residents are broadly content and supportive of the plans, the proposed design of the development and the agreement that is in place with developers Forth Homes to re-commission the use of the playing fields at Sandringham Avenue.

“This agreement will secure the future of the well-respected Kingsmead School and create a new green space in the local community for all to use, including local school Holy Trinity which does not currently have the use of a sports field facility. This opens up further opportunities for the local community where previously the section of the school grounds was only available to Kingsmead pupils.

“We see this as appropriate development of attractive new homes which will complement the area. The agreement in place will enable us to build a number of affordable homes elsewhere on Wirral by building starter homes to allow young people on to the property ladder.”

There have been 20 objections, with concerns including loss of the playing field, lack of affordable housing, parking and flooding. The application will be considered by the planning committee on Thursday 15 August.

Sport England’s opposition to the housing proposal means the Secretary of State for Housing, Communities and Local Government will have the final say on whether it can go ahead.