West Kirby and Hoylake gearing up for the Tour of Britain 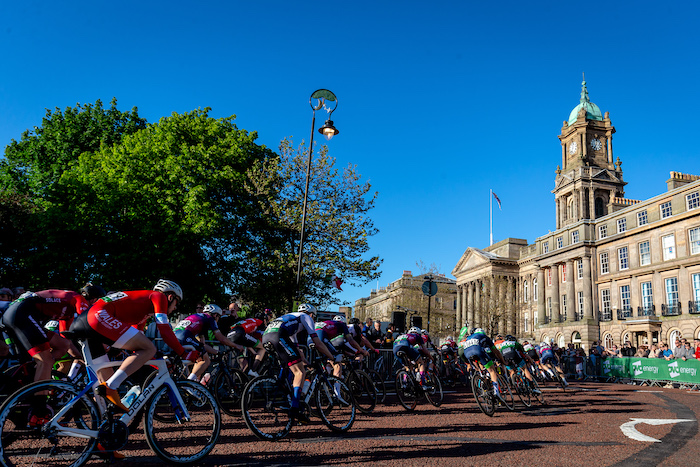 The world’s best cyclists will be pedalling through Caldy,  West Kirby and Hoylake on Wednesday 11 September, as the OVO Energy Tour of Britain comes to Wirral.

A highlight of the peninsula’s year as Borough of Culture, it will give residents and visitors the chance to watch world-class cycling along the gruelling 174.1km route – including along Banks Road, Meols Drive and North Parade.

Organisers are encouraging local businesses to put out bunting, flags and banners to welcome the riders, and some schools are allowing pupils out of lessons to watch the race passing through, expected to be between 2pm and 2:30pm. West Kirby Library is giving away flags for people to wave.

The race itself will feature 20 teams, including 11 fresh from the Tour de France, a Great Britain team, and five UCI ProContinental squads, led by Corendon – Circus Cycling Team, who are already confirmed as bringing rising star Mathieu van der Poel to the race.

The OVO Energy Tour of Britain passes through Port Sunlight on its way towards Chester, returning to Wirral via Heswall, Caldy, West Kirby and Hoylake, before passing through the Birkenhead Park finish line. It will then take in a loop through Seacombe, Wallasey and New Brighton.

High levels of traffic expected, and road closures and parking restrictions along the route, residents and visitors are encouraged to use public transport.

Live coverage and highlights of each stage of the OVO Tour of Britain will be broadcast on ITV4 in the UK.

A number of rolling road closures will be in place on 11 September, to ensure the safe passage of the race. Signs say roads could be closed from 11am – 4pm, but most will be shut for a period of about an hour,  before and after the race passes through. More information can be found at https://www.tourofbritain.co.uk/stages/stage-five/