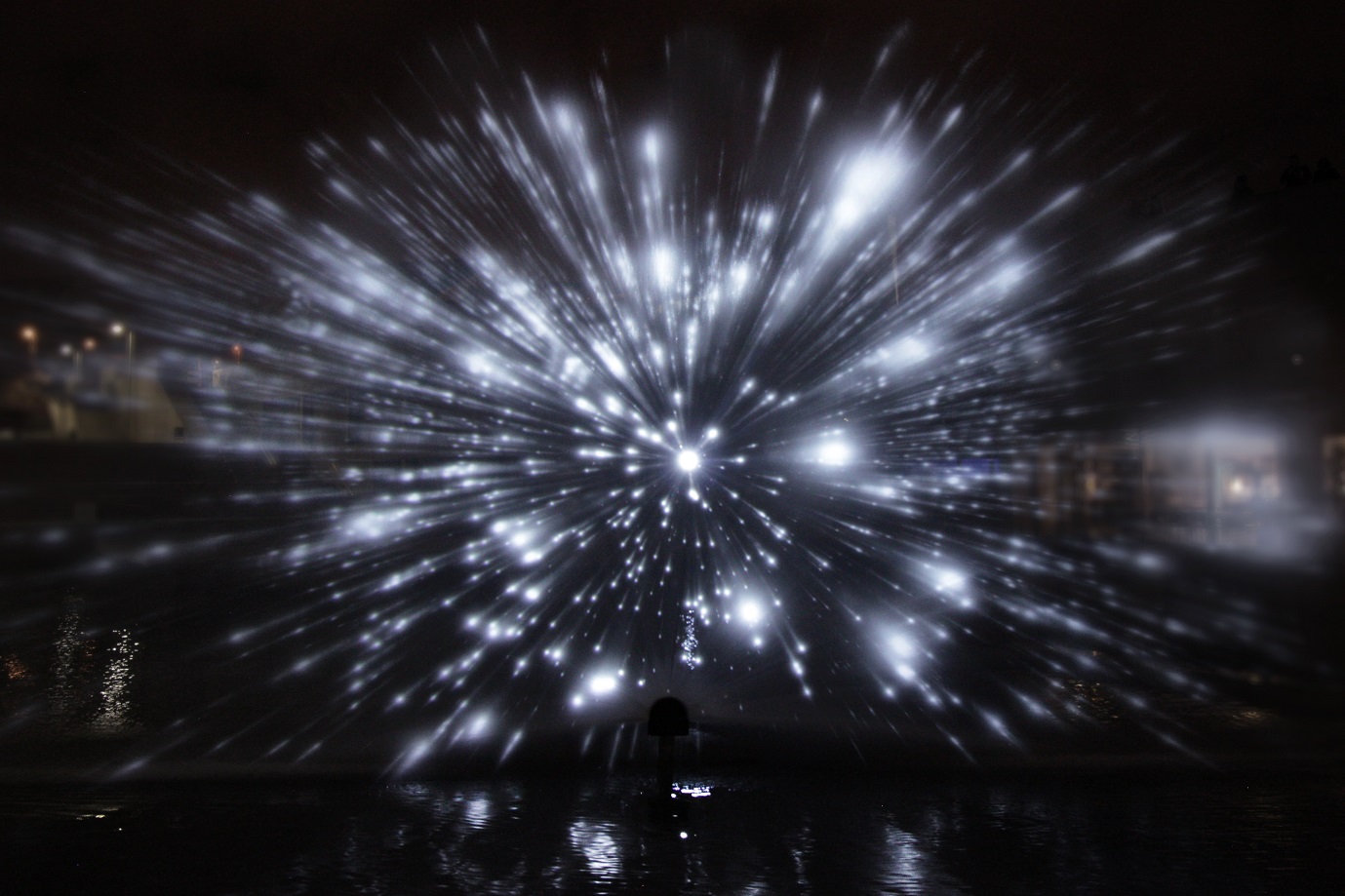 A spectacular light and music show taking visitors on a virtual journey into space will take place at the Marine Lake in West Kirby later this month, as part of Wirral’s Borough of Culture year.

Constellations Presents will see a stunning 16-minute audio visual installation projected onto a wall of water particles. It is happening every half hour from 7pm – 9:30pm, from 18-20 October.

The installation, by Studio Joanie Lemercier, will be the first part of a city region-wide celebration, called Constellations, with more immersive events linked to the stars taking place across all six boroughs.

Organisers claim “3D like visuals allow the audience to move from the heart of a black hole into deep space, travelling through planets and stars, as we look for the limits of the universe”.

Councillor Christine Spriggs, Cabinet Member for Culture and Tourism at Wirral Council, said: “We’re so pleased that Constellations is part of Wirral’s year as Borough of Culture for Liverpool City Region.

“Our 2019 programme has been inspired by discovery, exploration and the great outdoors, and we’re delighted to be working with our city region neighbours on this series of wonderful events which perfectly capture these themes.

“Joanie Lemercier’s spectacular installation will wow audiences as it takes them on a journey through the universe against the beautiful backdrop of West Kirby’s waterfront.

“Over the coming weeks, Wirral will host even more exciting events which reflect the peninsula’s big skies for the final chapter of Wirral Borough of Culture, including Luke Jerram’s Museum of the Moon coming to Birkenhead Town Hall, and annual fireworks extravaganza River of Light.”

It is the follow-on from the award winning ‘Lost Castles’ which saw cardboard box structures being built and then demolished by communities in locations across the six boroughs in 2018, including Ashton Park in West Kirby.

Steve Rotheram, Metro Mayor of Liverpool City Region, added: “Lost Castles perfectly showed how art and culture can celebrate local identity, whilst also bringing us together under one idea. I am excited about Constellations Presents as it does exactly the same thing.”

The project is one of six funded by Liverpool City Region Combined Authority – to find out more visit https://www.visitwirral.com/whats-on/constellations-presents-joanie-lemercier-p462601

Can anyone name the view?
⛰🗺☀️

Good luck to all our friends opening today in Wirral and over the water! We'll be opening up in May but I'll be round and about to support you all for 'research purposes' 😄🍻🍺

We’ve pulled together a list of places we know that are opening for outdoor dining and/or drinking from next Monday. Will you be wrapping up and heading out?

Several pubs, bars and restaurants in West Kirby, Hoylake and Meols are set to reopen on Monday 12 April.

The pubs, bars, restaurants and cafes reopening from Monday 12 April

Council fitness facilities are coming back

How would you spend the government’s ‘Welcome back’ fund to help high streets and coastal towns?

Get set for the return of outdoor sports

West Kirby Arts Centre to reopen in May

Residents and businesses have their say on Hoylake’s future priorities

Wilson Trophy called off again due to Covid restrictions

Pay to play at the course of Open champions

The important dates in the road out of Covid lockdown