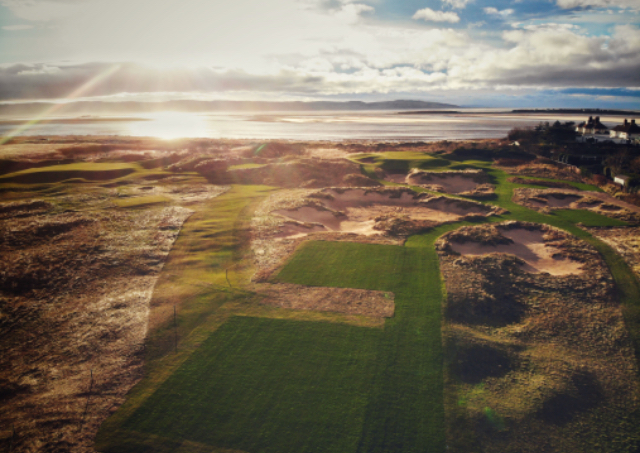 Changes are being made to the historic links at Royal Liverpool Golf Club in Hoylake designed to secure its future as a host course for the Open beyond 2022.

The club says the enhancements will “make the course an even more attractive test of golf, and a future friendly Open Championship venue”.

The R&A, which is responsible for the Open, believes the alterations “will help to produce a thrilling and dramatic climax to the Championship for players and spectators”.

Royal Liverpool’s Chairman of Green, Andrew Goodwin, said: “The decision to make changes to a course like Hoylake wasn’t taken lightly, but throughout the Club’s 150 year history alterations have been made and Royal Liverpool has continued to evolve and improve, ensuring it remains a wonderful challenge for both amateur and
elite professional golfers alike.

“The Club is eager to remain a regular host of The Open. It attracts the world’s best players to Wirral and brings a huge economic benefit for the Region.

“Of course, the many visitors we are delighted to welcome every year want to play the best courses in the country, and we believe the changes will make Hoylake even better.”

In close consultation with The R&A and golf course architect, Martin Ebert, five main changes are being made:

1: The front of the Championship 4th green will be raised to produce a flatter landing area. This will not only enable more pin positions, but also reduce a hard kick through the back of the green. The overall size of the green will be reduced by converting a section of the back right of the green into surround

2: The Championship 7th green is being moved to the left of its current location, which will also enable the construction of a new tee complex for the Championship 8th hole. The height of trees will be reduced to make the 8th fairway visible off the tee

3: The par 5 Championship 18th hole will have two new tees added to produce a hole which is 607 yards long. This is facilitated by the change of routing for the new Championship 17th hole (pictured top)

4: At the Championship 13th green a new run-off area is being fashioned, while the existing run-off on the right-hand side will be redeveloped

5: The creation of a new short par 3 hole of just 139 yards with a green located approximately on the same site as the current Championship 15th tee. Players will strike to an elevated green looking out to the Dee Estuary. This will become the Championship 17th hole

In addition, a number of minor alterations to the course including tees, bunkers and hollows will be made, while some roads are being reconfigured and new ones added.

Royal Liverpool Golf Club’s Secretary, Simon Newland, said: “At Hoylake we like to think of the Club as very proud of its past, but also excited by the future, so we look forward to welcoming visitors to the new look links and, of course, showing the changes to the world when The Open returns to Royal Liverpool in the summer of 2022.”

Johnnie Cole-Hamilton, Executive Director – Championships at The R&A said: “Royal Liverpool is one of the world’s finest championship links. We enjoyed two outstanding Opens there in 2006 and 2014 when Tiger Woods and Rory McIlroy respectively lifted the Claret Jug.

“We are very much looking forward to returning to Hoylake for The Open in 2022 and the enhancements being made to the 17th and 18th holes will help to produce a thrilling and dramatic climax to the Championship for players and spectators.

“We are particularly excited about the introduction of the new par 3 where the elevated green will be set back against the Dee estuary to create a spectacular penultimate hole for the Championship. We are grateful to the Club and its members for all their hard work and support.”

Architect Martin Ebert said: “The project at Royal Liverpool has been an extremely exciting one overall but the opportunity to create a new hole on a great links such as Hoylake is a rare one.

“The hope and expectation is that not only can a very short hole produce significant drama for the penultimate hole of The Open, but also provide the Club with a hole which members and visiting golfers from around the world will be hugely excited to play.

“It is also a real advantage of the new hole project that the Championship 15th and 18th par 5 holes will be strengthened with new back tees.”

The first, and largest, phase of works is almost complete and there will be some mild disruption for members and visitors until June 2020. The second phase will begin in Autumn 2020, largely focused on off course alterations.