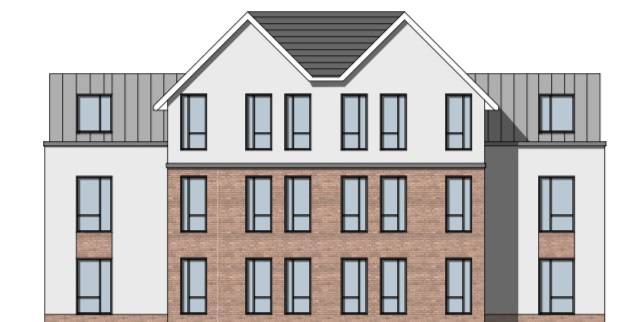 Plans to knock down two detached houses in Meols to create 27 apartments look set to be approved, despite a large number of objections from local people.

Forth Homes wants to demolish the properties at 112 and 114 Birkenhead Road and build two blocks which would contain six one-bedroom flats and 21 with two bedrooms.

It says they will be made available for “affordable rent”, which means tenants will only be charged up to 80 per cent of the private market rent in the area.

One of the homes was previously assisted living accommodation and before that a guest house, while the other is a residential property.

Wirral Council has received 79 objections and a petition with 137 signatures from nearby residents who have raised concerns including the loss of trees, the design of the new properties, parking and increased traffic.

Planners say the applicant has already moved to alleviate concerns by reducing the development in size compared to the initial proposal.

One of the blocks has been scaled back to remove three flats, and plans for three two-bed terraced properties towards the rear have been scrapped in favour of creating more amenity space and a parking bay for each apartment.

The planning officer’s report adds: “A key design feature that has been employed by the applicant is to try and maintain the scale of the development when viewing the proposal from its most exposed position (ie from Birkenhead Road).

“The proposed new blocks have attempted to be in character with the established streetscene in terms of scale and massing.”

The scheme is being recommended for approval at a meeting on Thursday 19 March.