Cars damaged in night of vandalism in Hoylake 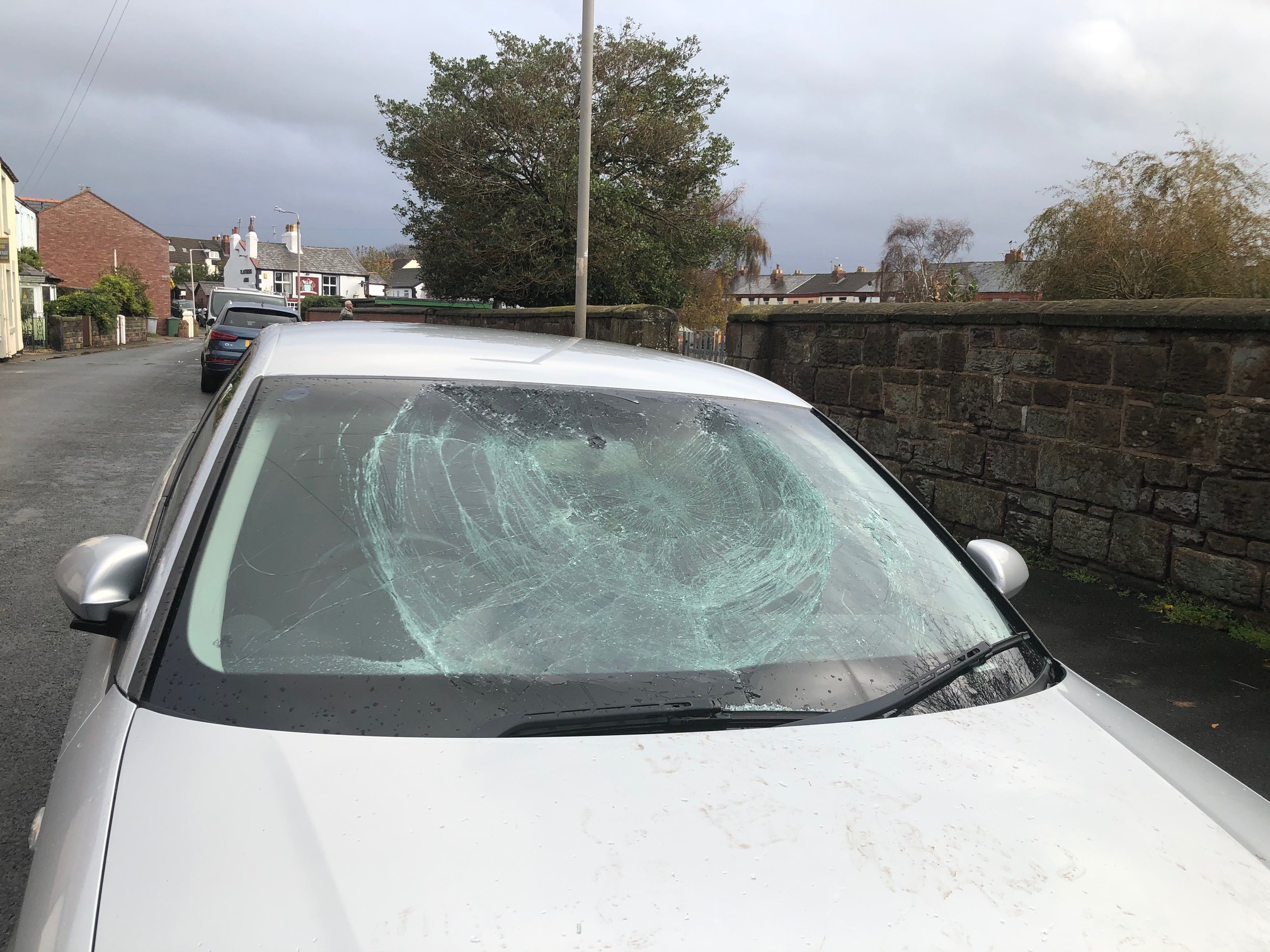 Car owners in Hoylake are counting the cost of a night of vandalism which saw windscreens smashed and wing mirrors damaged.

Charles Road appears to have been most badly hit, with reports of up to 10 vehicles being subject to attacks, while Shaw Street and the area around the Plasterers Arms were also targeted.

Local residents took to social media groups last night to warn others of what was happening across the town, reporting large groups of young people dressed in black.

One owner, who wished to remain anonymous, told West Kirby Today he faces having to buy a new car because the cost of repairing the damage is more than its value.

He said: “I got a phone call from my son at about ten to eight. His mate works at Wetherspoons and said there’s a gang damaging cars, go and check your car.

“When I came out there was no one here at all but it had been smashed. There’s been quite a few done along here.

Police were out patrolling Hoylake during the evening, stopping groups of young people.

Merseyside Police said that across the force area there were 1,285 calls received between 2pm and 11pm yesterday, and 523 reports of anti-social behaviour and criminal damage.

Commander for the policing operation, Chief Inspector Peter Clark said: “Despite a number of incidents of anti-social behaviour and criminal damage yesterday, we saw an overall decrease in calls compared with the same period last year, which is pleasing.

“We will continue to have increased patrols out and about tonight to engage with the public and ensure our communities are enjoying themselves safely, but we will continue to take swift action where criminality is concerned.

“There will be extra high-visibility patrols across Merseyside tonight to ensure everyone enjoys Halloween responsibly, and we would ask parents and guardians to make sure you know where your children are, who they’re with, and what they are doing. If you are concerned about anti-social behaviour, criminal damage or criminality in your area, please get in touch so we can take action”