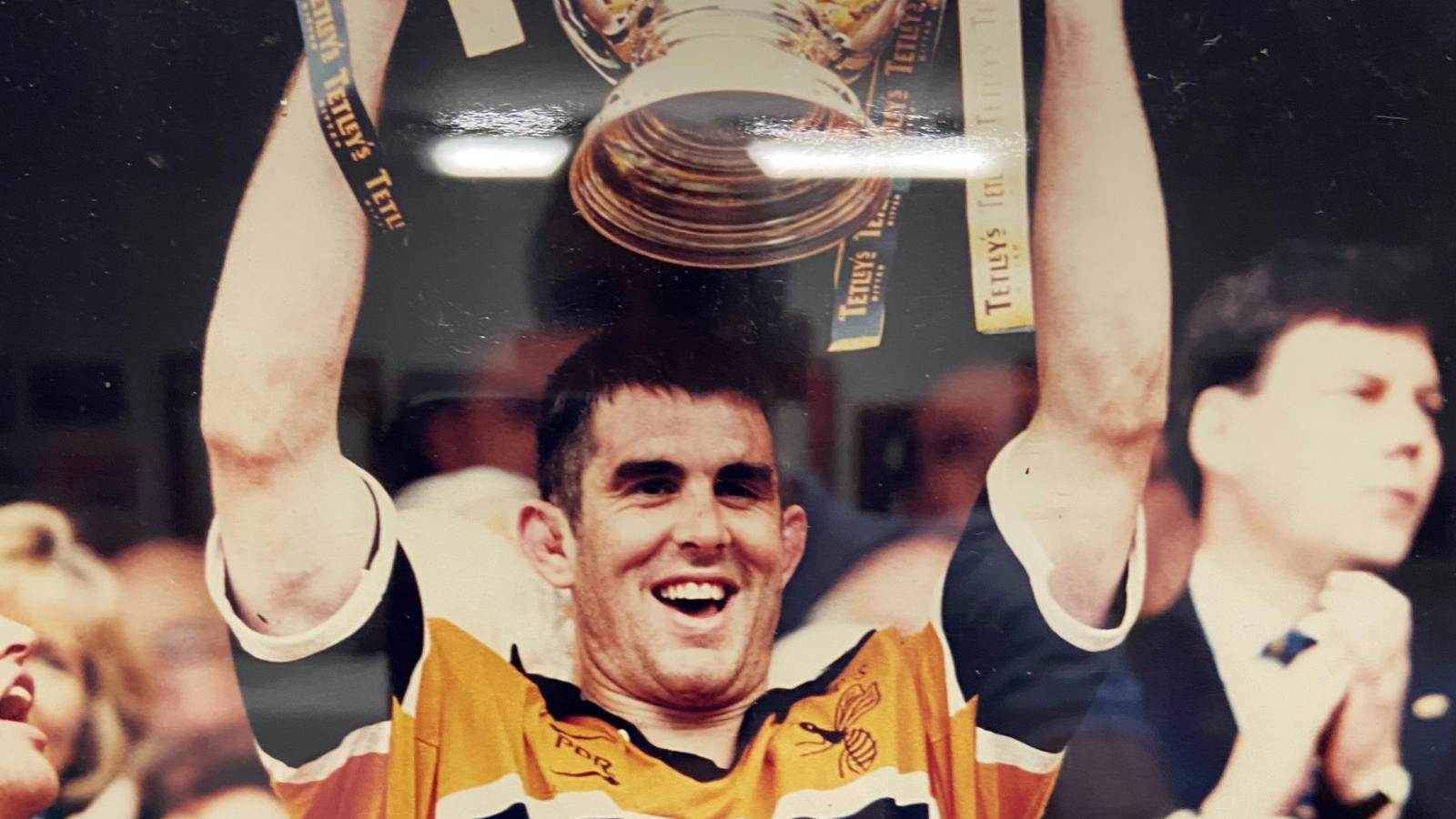 As a fit and healthy, former professional rugby player, Peter Scrivener, regarded himself as the type of person who would be largely unaffected by Coronavirus.

Even though his playing days with Wasps were over, he still trained 3-4 days a week and had no underlying health conditions.

But back in September, his belief that he might be one of the lucky ones to avoid Covid, was shattered.

He said: “I was getting ready to go to London for work and I put my suit on and just felt terrible.

“I just thought, I really do not feel good. From then on I had a temperature of over 39 for 10 days with headaches like you have never come across. This was not Man Flu.

“I rode it out for 10 days and didn’t see a doctor. I didn’t really eat and I lost two stone in two weeks which was the catalyst to attend the doctors.”

Peter went to Marine Lake Medical Centre, who referred him to Arrowe Park where he was diagnosed with Coronavirus.

But it is what happened next, which shocked him the most. Eight weeks after his diagnosis, Peter is still struggling and his doctors have now diagnosed him with long Covid. On Sunday, the NHS announced the launch of 40 long Covid specialist clinics to treat the illness, which is thought to affect more than 60,000 people in the UK, and includes symptoms such as fatigue, brain fog, breathlessness and pain .

Peter said: “The symptoms are debilitating with fatigue, dizziness and brain fog. You can’t concentrate or couldn’t even read a book. I could just about manage to watch the telly.

“Then about week four, I developed a bad chest and breathing became difficult. It knocked me for six. I have never had a day off sick but this wiped me out. Even walking down to the end of the road, I was literally struggling to breathe and it was like I was not in my body.”

Peter does not know where he contracted Coronavirus but said he always took the disease and rules seriously. He always wore a mask on public transport, in shops and regularly washed and sanitised his hands.

He said: “I definitely took it very seriously but when this started in March, I very much thought that people had to get on with it, especially as businesses were suffering.

“I thought everyone will get this at some stage and we will build up an immunity and move on. I only knew one or two people who had actually had COVID so I thought this can’t be that infectious.”

“I was saying to a lot of my mates that we were all going to get it. I thought if I get it, I’ll be alright because I’m fit and healthy.

“How wrong was I!! This virus absolutely destroyed me. People have got to understand this is a new virus, it’s unknown and you’ve got to respect it because it is real. It is not a joke and it is very, very contagious in enclosed spaces.

“I just hope people are taking this seriously, abiding by the rules to protect themselves and others. If we all tow the line we will solve this issue but it only takes the selfish few to cause outbreaks across the country. For some it is like flu, for others a cold, for some nothing but if you are very unlucky then it could end in tears.

“You may be one of the unlucky ones, like me, who got it and got it bad. This virus hits people in different ways, it affects people so differently. I was actually one of the lucky ones as I didn’t end up in intensive care.”

Peter said he wanted to thank all the people who have helped him since his diagnosis, including the UMAC team at Arrowe Park hospital, the doctors at Marine Lake, JB homeopathy, the Flow Clinic and West Kirby-based acupuncturist Jackie Fairweather.

He added: “The NHS are doing an incredible job dealing with this and other issues and as a society we have to help them and not add to the problem.”

The tradition between the Sailing Club & the RNLI has been ongoing since the 1930’s!
Thanks to WKSC for hosting & for your ongoing support and generosity 🙌🏻

A public consultation begins on Wednesday 29 June for people to express how they would like Hoylake beach to be managed in future.