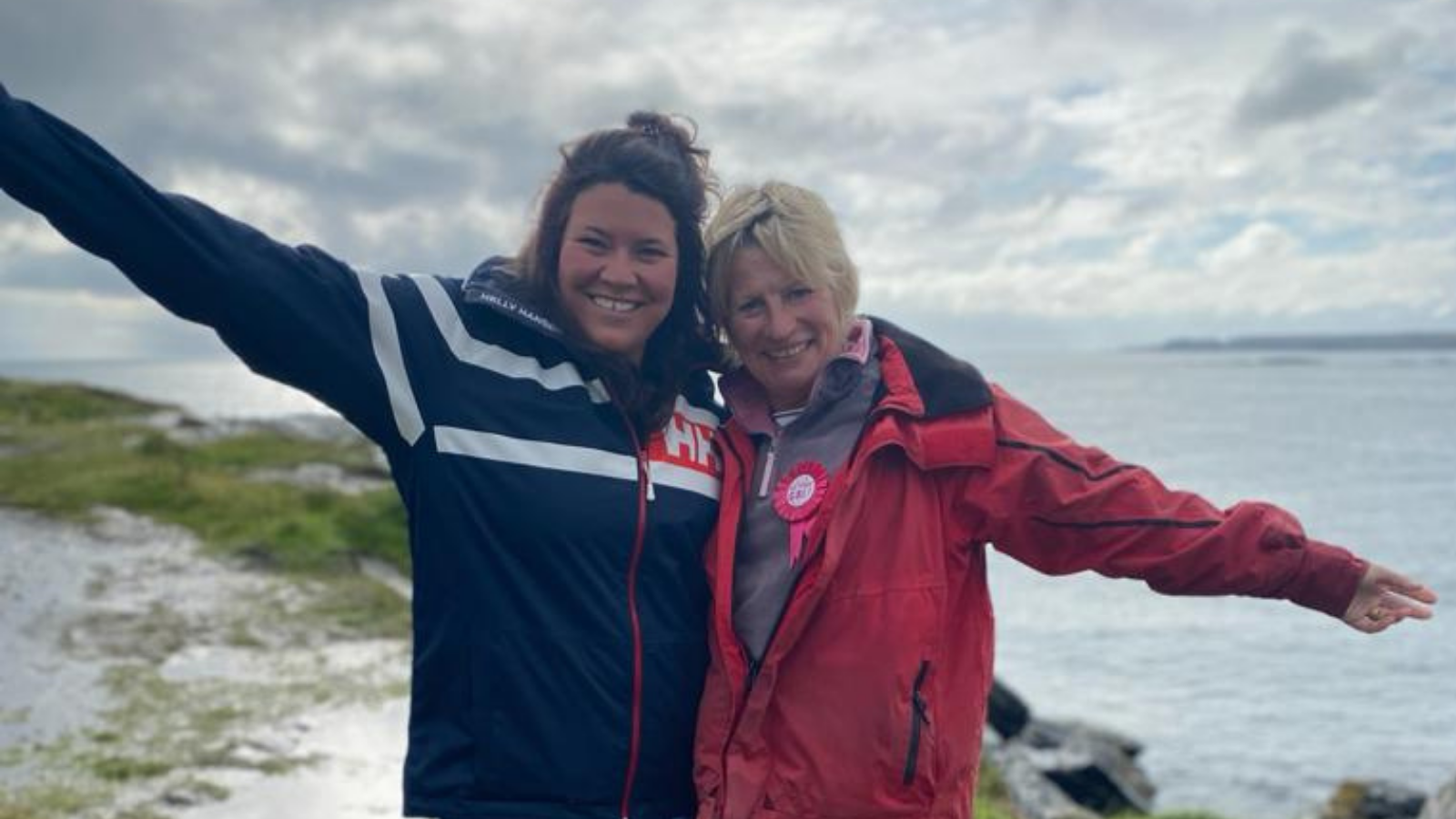 This Mothering Sunday will be a time for gratitude and reflection for a lucky, local mother and daughter, who were saved after getting stuck up to their waists in mud at Thurstaston beach.

Victoria, who is known as ‘Bunta’, her husband Andy and daughter Charlie, from Heswall, Wirral, were enjoying a walk with their puppy when Bunta and Charlie got stuck up to their waists in mud at the bottom of a cliff.

Although the family had checked the tides before heading out for a coastal walk, unbeknown to the three of them, a recent landslide had made the surrounding area hazardous, and the tide was rising. Realising their predicament, Andy went for help.

The Hoylake RNLI crew along with Merseyside Fire and Rescue Service and Crosby, Flint and Wirral Coastguard Rescue teams worked together to quickly free Bunta within minutes. The pressure of the mud around Charlie’s leg was causing her pain and she had to be carefully dug out by hand.

Bunta, who is a keen sailor in Anglesey, said: ‘There had been a significant land slip near the Dee Sailing Club slipway, so we had to walk through some of the mud on our way back.  Charlie thought it looked drier higher up but after taking a couple of steps sank up to her thighs.  I tried to get some pieces of wood to help her but of course I got stuck too.  We struggled to dig ourselves out but seemed to sink even more and eventually a bystander called 999.

“I was freed quite quickly but it took five people to get my daughter out using air tanks and crawling boards. We were extremely thankful to see the RNLI and the hovercraft made short work of crossing the mud.”

Bunta and Charlie, accompanied by two firefighters, were flown ashore and passed to the care of the North West Ambulance Service.

Hoylake RNLI volunteer hovercraft commander Matt Pownall-Jones said: “It’s quite rare that we hear from the people we rescue after the event, so to know that Bunta and Charlie are doing well and will be having a special Mother’s Day together makes it all worthwhile for our crew. Rescues like this could have a very different outcome as circumstances can change very quickly. We’re glad that they can now put their experience behind them and we hope they have a lovely Mother’s Day together.

“Luckily during this incident, the member of the public did exactly the right thing by dialling 999 and asking for the Coastguard. Our RNLI hovercraft was the perfect platform for accessing the difficult terrain under the cliffs. By working closely with the fire service and Coastguard, Hoylake RNLI volunteers were able to help free them from the mud quickly and safely.”