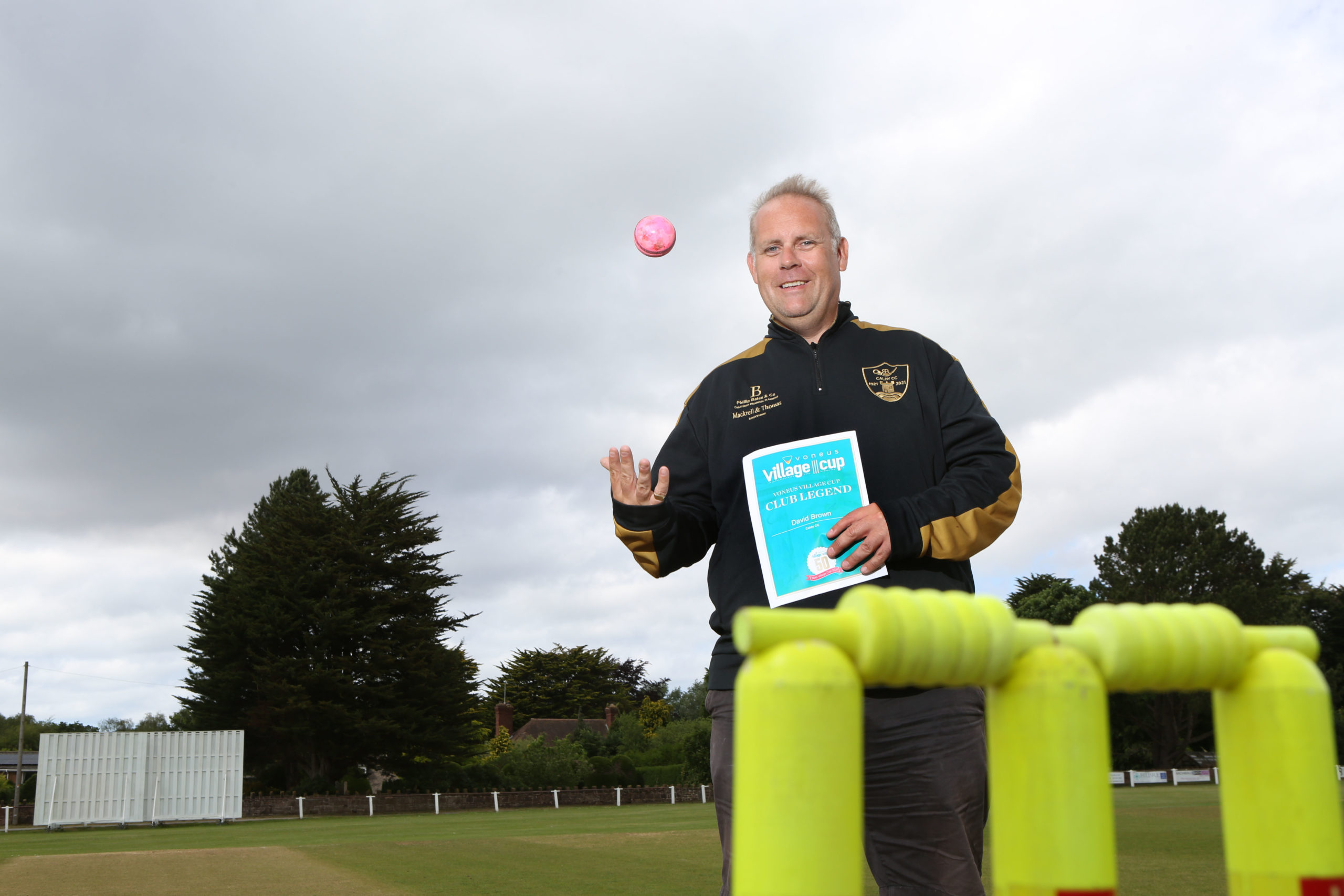 The chairman of Caldy Cricket Club has scooped a national grassroots sports award.

David Brown has been named the latest winner of the Voneus Village Cup Club Legend award, which celebrates individuals who show dedication and passion to the sport and their communities.

A member of Caldy CC since the early 1980s as well as the chairman for the past 13 years, David, 44, has overseen a transformation of the club’s fortunes.

During his time at the helm, Caldy’s ground has been improved to the standards necessary for the top tier of club cricket, along with further crowdfunding for new facilities and the introduction of a policy ensuring every player regardless of team status or ability receives a free club kit.

David said: “We’ve got a lot of people who help out, so I just try and monitor and manage sections, and if needs be I fill in. We’re all just members and when people have the time, they do a bit more.

“We’ve just started girl’s cricket and we’ve been approved as an ECB disability champion club. One of our first team players plays for England’s Physical Disability side and another for England Learning Disability so we’ve got nice links there and we’re linking with local schools to encourage people to get more involved.”

While as chairman, David has also focused heavily on improving youth cricket at the club, with the aim of creating a production line of future players.

Caldy Cricket Club member and nominator James Ashcroft said: “Without him, our club would be nowhere near the financial situation we are in and wouldn’t be able to raise four teams every Saturday as well as an over 40s team and juniors from under-9s to under-19s.

“He makes sure we have a wicket cut, rolled and prepared to play on each week – doing the outfield himself – and raised funds for our facilities.

“I truly think there would be no club, or at least, the club would be nowhere near what it is now, without his hard effort and volunteered time.”

Zoe Day, head of marketing and communications for Voneus, one of the UK’s largest rural broadband specialists, said: “David is definitely a legend. His tremendous work in growing Caldy has put the cricket club at the centre of community.”

After each round of the Voneus Village Cricket Cup clubs can nominate their legend here: www.nationalvillagecup.com/voneus-village-cup-club-legend/