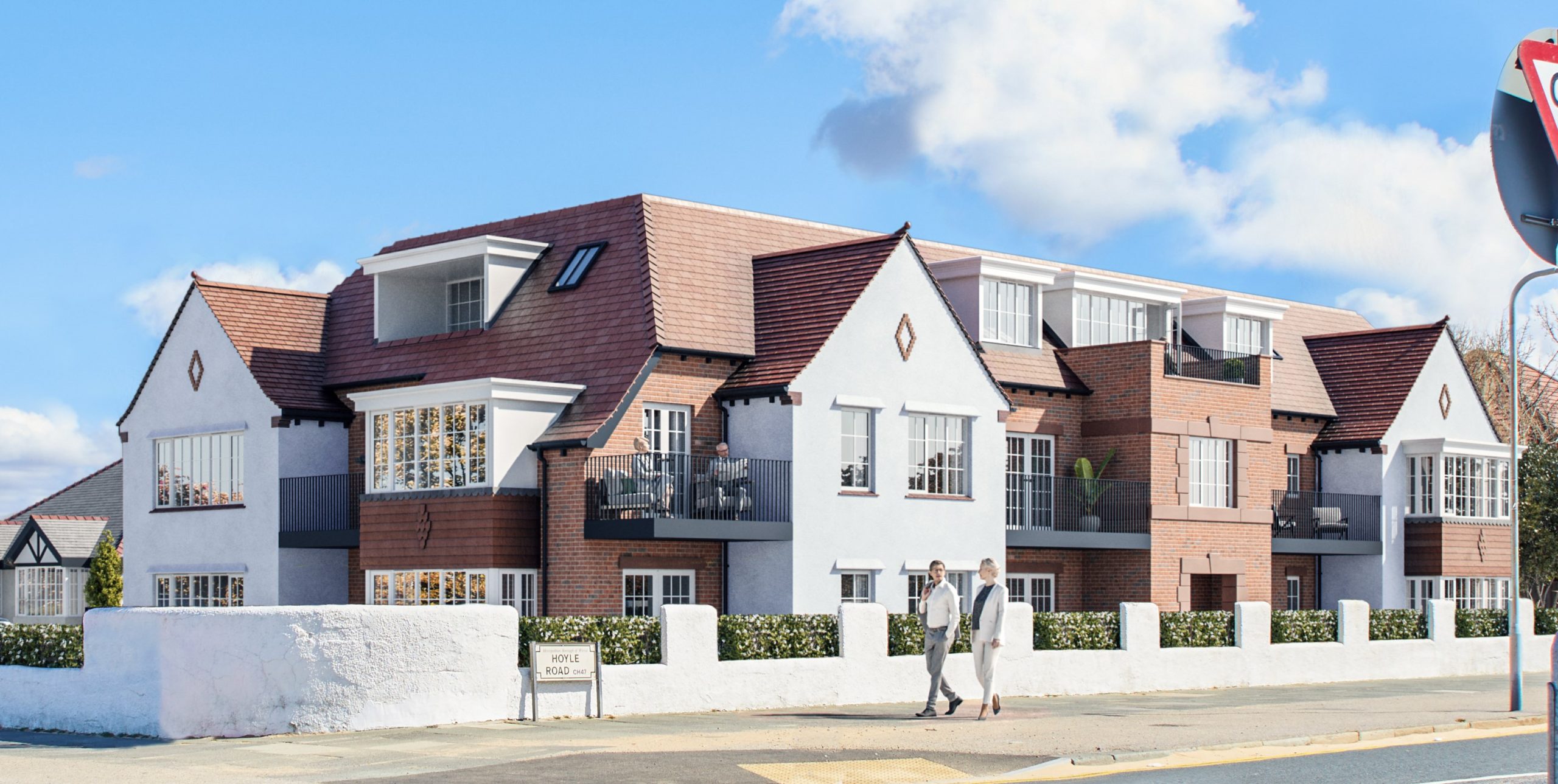 Local residents are opposing plans to build eight apartments adjacent to the promenade in Hoylake.

Blueoak Estates has submitted an application to Wirral Council to demolish a detached house at the junction of Hoyle Road and Meols Parade and replace it with a development of two bedroom flats, each with a patio or balcony.

A total of 16 parking spaces would also be created on the site, along with space for eight bicycles.

So far, 40 objections have been submitted from people living in the surrounding area, including Hoyle Road, Deneshey Road and Saxon Road.

They have concerns over the impact of additional traffic and the loss of trees and shrubs on the site – although the planning submission states the scheme will “not result in the loss of any trees of conservation or other cultural value”, and that replacements will be planted.

A spokesperson for Hoyle Road residents told West Kirby Today: “Many local residents have expressed concern over the proposed development.

“The new road layout at the end of Hoyle Road and the prom is already resulting in daily near misses as drivers and cyclists do not heed the signs and the new development will further add to traffic on this corner.

“In addition to this there will be a loss of many mature trees and shrubs and the habitats they provide for wildlife.

“The development will demolish a lovely old building and replace it with a prominent, modern blot on the landscape.”

Initially the developer proposed nine apartments, seven of which would have had three bedrooms, but this was scaled back following discussions with planning officers.

In a statement, Blueoak Estates told West Kirby Today: “The proposed development, which would comprise of eight, two-bedroom apartments, has been carefully positioned to maximise the panoramic seafront location and sensitively designed in keeping with the defining characteristics of the local area.

“An environmentally advanced building with reduced long-term energy demands, the proposed development supports the Government’s Code for Sustainable Homes. Additionally, Blueoak Estates would utilise a ‘fabric first’ approach to maximise the performance of the materials selected.

“If approved, it would be a useful contribution to Wirral’s land housing supply, responding to the increasing demand for high-quality homes and further reducing the pressure to release green belt land.”

The planning application can be found at https://planning.wirral.gov.uk/online-applications/applicationDetails.do?activeTab=documents&keyVal=_WIRRA_DCAPR_111201