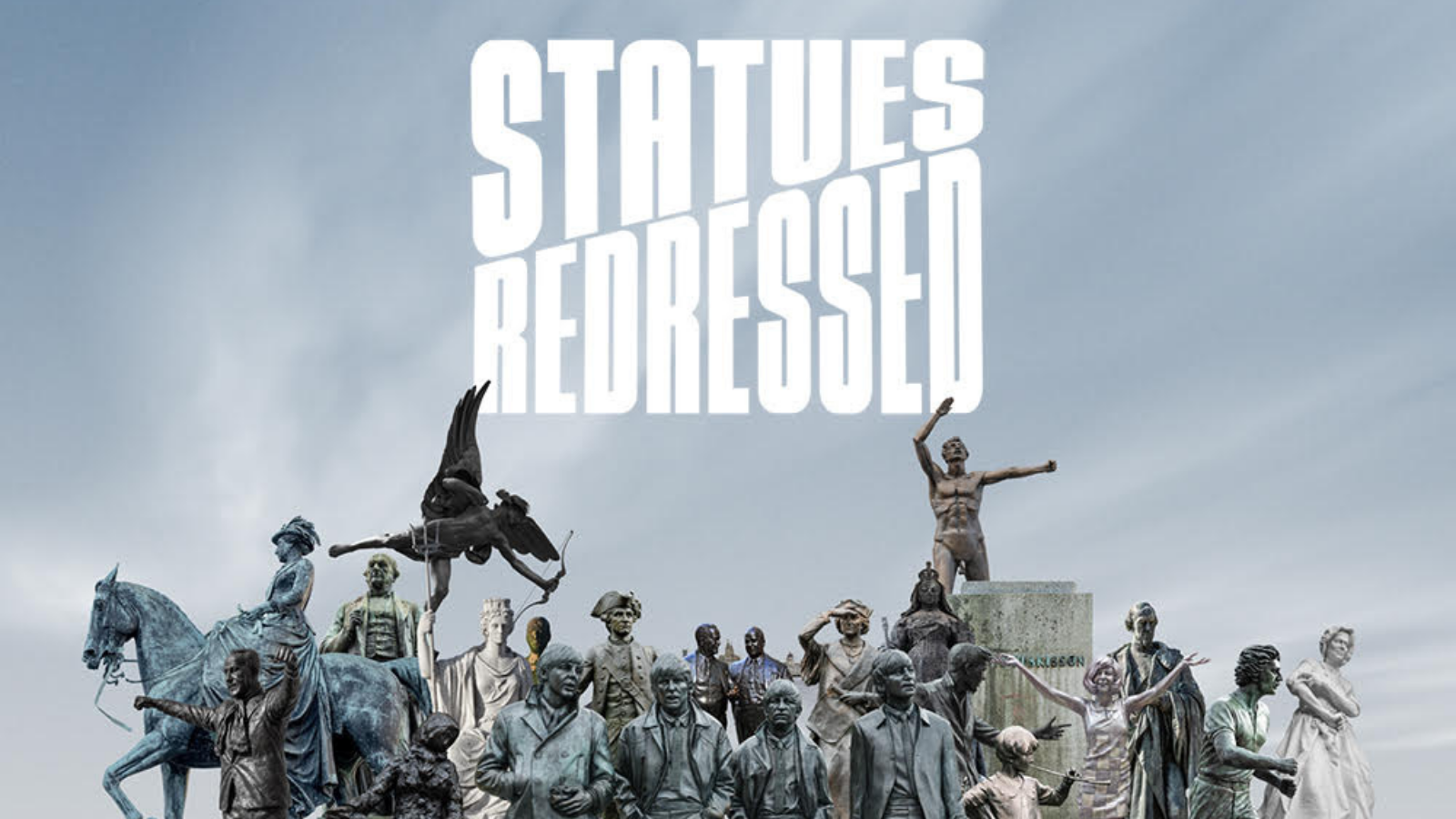 Local photographer David Edwards has been following a collection of inspiring artists in a unique project for Sky Arts as they creatively reimagine some of Liverpool’s most iconic statues.

David was the official photographer for the documentary special, Statues Redressed, coming to Sky Arts and streaming service NOW in October.

It will see artists challenge and celebrate the role of these statues in modern times, as part of the ongoing debate around who and what should be immortalised as public monuments.

Chosen because of its rich history, Liverpool has the highest number of statues in the UK outside of London, including cultural icons like The Beatles through to sporting heroes, royalty, and monuments depicting people linked to slavery and Britain’s colonial past.

Some of the artists’ interventions range from the celebratory to the confrontational, and all will be thought-provoking. As each statue is gradually revealed to the public, spectators will be prompted to look again, think again, and question how we feel about the public art that surrounds us. The artists involved in the project include major artists and heavyweights in the public art scene, as well as rising stars, local artists and designers. The reimagined statues include:

The project takes on many of the city’s most iconic statues, from Peter Pan in Sefton Park (George Frampton, 1928) to the imposing Queen Victoria memorial in Derby Square (CJ Allen, 1906). Full details of all ‘redressings’ can be found at: www.statuesredressed.com

David has been a freelance photographer for a number of years and though originally primarily published in outdoor interest titles he now works almost exclusively as a commercial photographer on a variety of projects from large interior structures through to commercial portraits and fashion/editorial work. He also undertakes Third Sector work supporting the RNLI volunteer crews of the West Kirby Lifeboat through his photography liaising with their PR teams both locally and nationally.