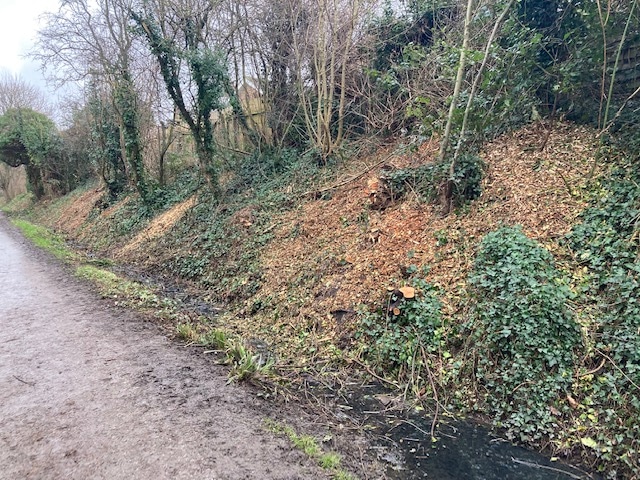 Cutting back trees and bushes on parts of the Wirral Way will enable wildflowers and insects to thrive, according to an environmental expert.

Wirral Council has been working on sections of the route in West Kirby, Caldy/Thurstaston and Heswall since January, describing it as a widening scheme.

One West Kirby Today reader had been in touch with us to express concern at the work and their fears over its impact on wildlife, describing it as “devastation”.

But an ecologist with knowledge of the project has told us it was needed because the thick undergrowth was affecting insects and blocking drainage.

She explained: “The trees along the path had become very dense over the past decades and the undergrowth very tangled with brambles. This has squeezed out many of the wild flowers, resulting in insect populations being diminished. Also the drainage ditches had become blocked, leading to muddy patches.

“The decision to cut and clear is a strategy that will allow the reappearance of a wide range of species, both plant and animals, improving the biodiversity. This is likely to happen rapidly over the coming months. The cut trees will soon make some new growth, so that the appearance will be much improved by the end of this summer.”

Wirral Council says the ditches will be re dug and be able to provide better drainage to cope with more prolonged and heavier periods of rainfall due to climate change.

There are hopes the northernmost part of the site could regain its status as a site of biological importance as a result of the work.

Wirral Council ranger Jo Hanik said: “The park is losing species diversity where woody vegetation develops through natural succession and most of our management is based on stopping the process to preserve a mosaic of habitat types.

“Along the Wirral Way we’ve lost species due to shading and opening up the path edges will promote wildflower growth and along the embankments we hope to see the return of Yellow Meadow Ants and a shrub layer of plant species.

“The northernmost section of the park lost its Site of Biological Importance (Local Wildlife Site) status some years ago. Our aim is to see this restored with better management and selected removal of woody species alongside tree planting and reinforcing hedgerows with species suitable for foraging.”

The work – which is expected to be completed by March – is taking place in the following sections: