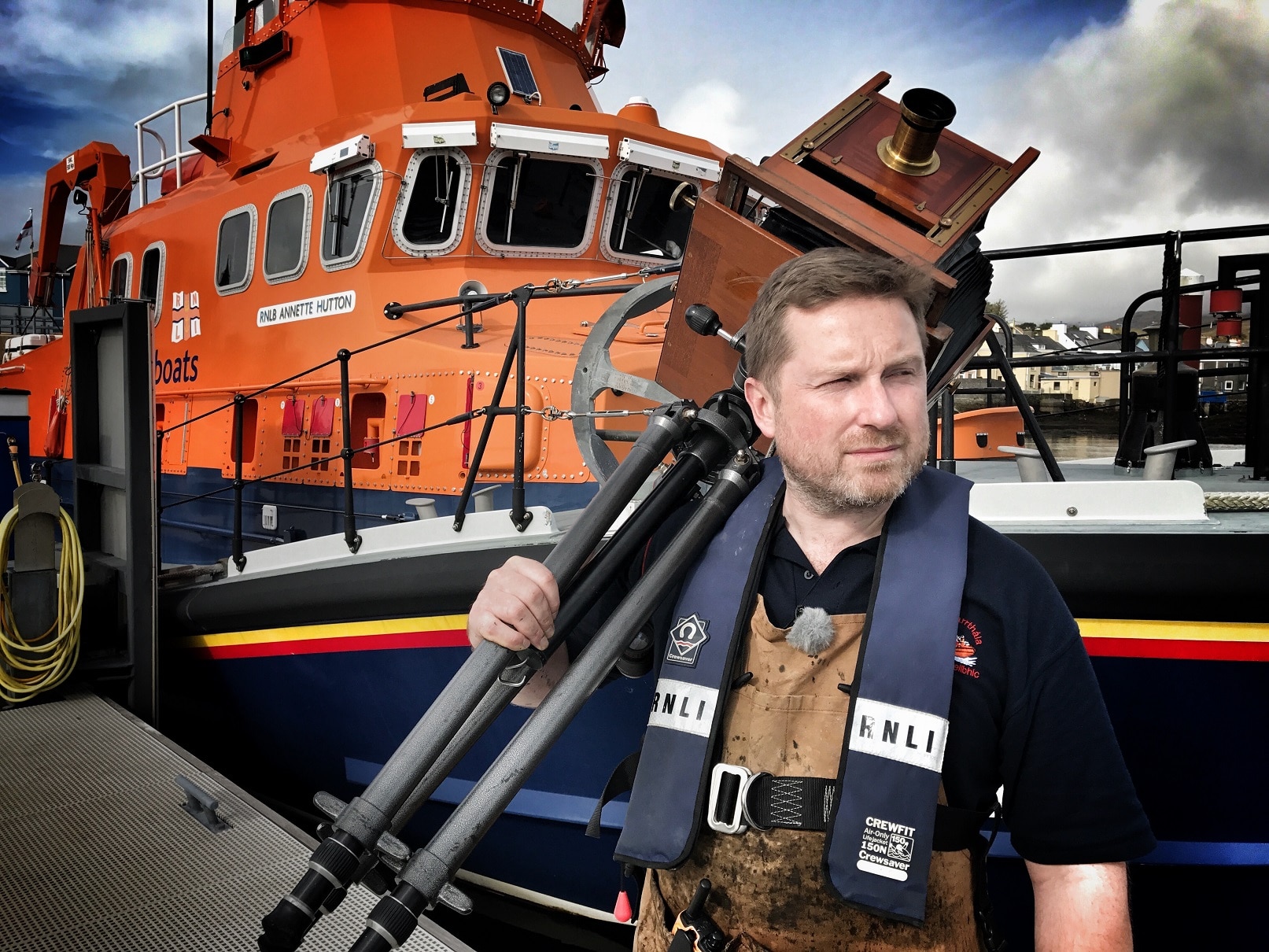 Photographer Jack Lowe is visiting the lifeboat stations at West Kirby, Hoylake and New Brighton as he continues The Lifeboat Station Project – his 10-year mission to create a complete photographic record of every single RNLI lifeboat station and crew.

The project had to be paused for two years following the first national lockdown and the restrictions that followed throughout the COVID-19 pandemic.

He is capturing the view from each RNLI lifeboat station, as well as images of the coxswains and helms, the women, the mechanics, and the full crews. Once the project is complete, the photographs are planned to form part of a special exhibition and book in support of the lifesaving charity.

Jack began the Wirral leg of his mission at West Kirby on 26 March, and is visiting Hoylake on 29 March and New Brighton on 31 March.

Hoylake RNLI Coxswain Howie Owen said: ‘It’s a real privilege to be photographed as part of this incredible project. Jack’s passion and skill has already created an important record of over 150 of the RNLI’s crews around our coast and we can’t wait to be part of that.

“We look forward to welcoming Jack, his camera, and of course Neena, to Hoylake this week.’

Ahead of his visit, Jack said: ‘After such a long pause to my coastal travels, it’s a huge relief to have been given the green light by the RNLI to resume my travels now that their stations are open to the public once again.’

‘With 150 stations completed and 88 to go, I can’t wait to make new work with the lifeboat volunteers and to continue sharing this good news story. And this leg of the journey is particularly exciting as it’s the first time I’ve been to the Wirral!’

‘The enforced pause has, of course, delayed the completion of the project. However – if everything goes smoothly from this point – I’m now set to finish in 2024, the RNLI’s 200th anniversary. Although it’s been such a challenging time for everyone, I can’t help but feel that the revised completion date is a golden piece of serendipity to have come out of it all.’

Jack publishes updates on Twitter (@ProjectLifeboat) but you can really get behind the project by becoming a member of The LSP Society, the place where you can also follow his journey more closely via the project’s dedicated app. Learn more at lifeboatstationproject.com