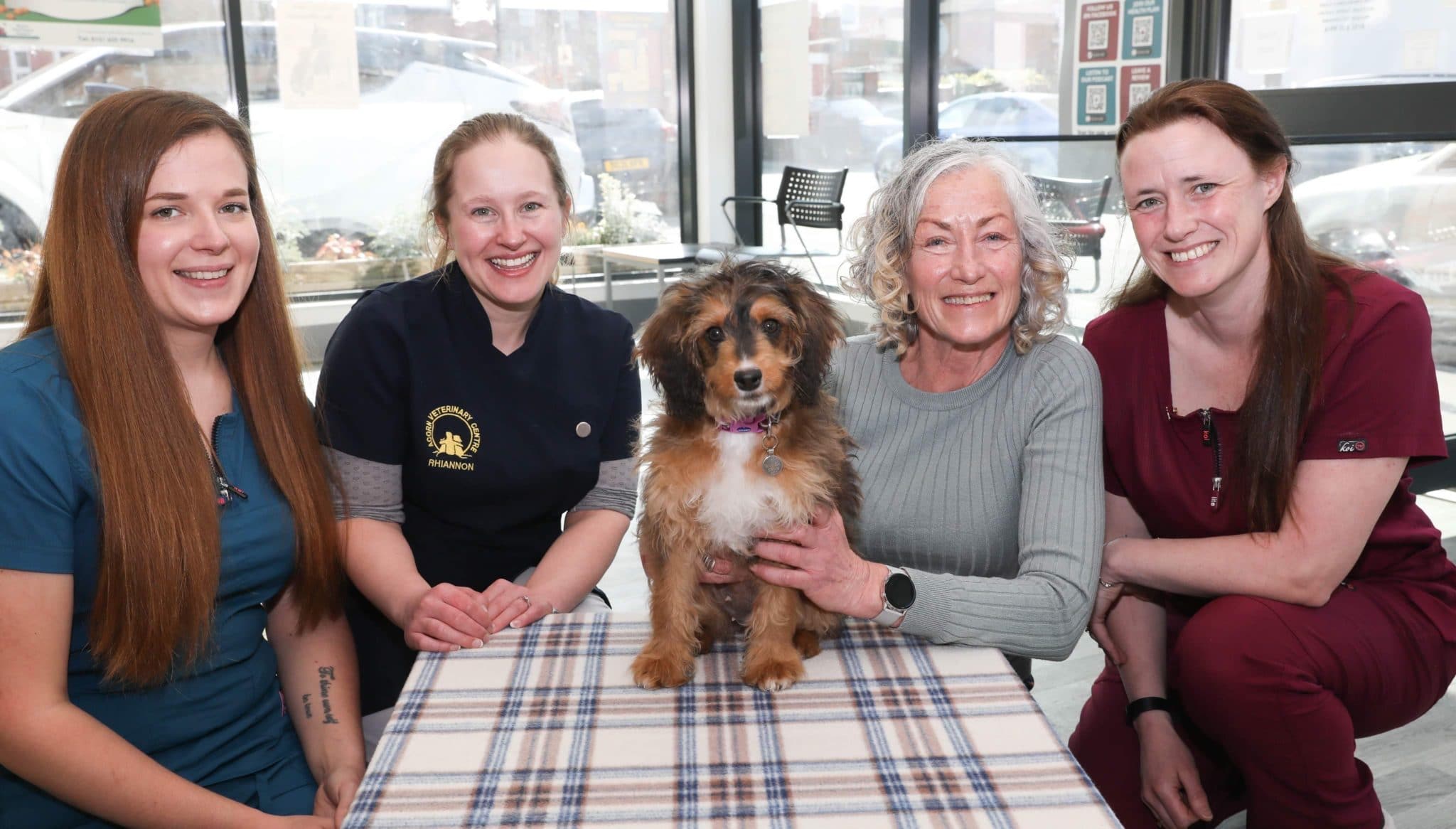 A puppy has been given a new lease of life after being born without a bottom.

The cockapoo was taken into the care of staff at Acorn Veterinary Surgery in West Kirby after being diagnosed with atresia ani – a developmental defect meaning she couldn’t poo normally.

Staff at the practice – run by Willows Veterinary Group – wanted to give her a fighting chance by performing life-saving surgery to build her a new bottom.

Now on the road to recovery, the plucky pooch has also found a new home thanks to the kind-hearted efforts of the Acorn team who took it in turns to foster and look after her.

She said: “We saw her when she came in with her litter for her vaccinations and unfortunately she didn’t have a bottom and had instead been passing waste through a fistula, an abnormal hole.

“The condition is called atresia ani and it’s very rare. It’s not something that we see everyday. She was very bloated and struggling to go to the toilet and was really uncomfortable, but otherwise a really bright and cute little thing.

“We ended up signing her over to the practice and one of our advanced soft tissue surgeons, Nick Wheeldon, had a little look at her.

“We wanted to save her and find her a new home so we basically constructed her a new bottom so that she could pass stool.”

Rhiannon, who has worked at Acorn for seven years, added: “There are risks with the surgery and there can be other underlying problems for example, if the bottom hasn’t formed properly, then sometimes other organ structures may not have formed properly, but she looked very healthy in herself and didn’t have any other problems that we were aware of at the time.”

“With bottom surgery, there is also a risk the animal can become incontinent or can struggle pooing, so she is on stool softeners.

“She’s going to be more prone to developing things like constipation as well so we need to be really careful with that.”

Miraculously, the pup can now poo on her own. She may need another operation when she’s older but for now, staff at Acorn are pleased with her progress and continue to keep an eye on her.

“During her recovery, all of the nursing team took turns to foster her and that’s when we named her Barbara or Barbs for short,” Rhiannon said.

“She ended up going out with one of our nurses, Rachel to the country parks in a little carrier so she was able to see the world that way with her little nappy on initially. After that, one of Rachel’s neighbours was looking for a little puppy and they’ve agreed to take her on – and actually her name is Barbara too so it’s fate.

Rachel, who lives in Thingwall, said: “She is a lovely little thing and her new owners live just at the back of our house and are close friends. They were looking for a little dog and met her when I was looking after her.

“She will have a really good home with them but she has been renamed Malla to avoid confusion.

“She looks like a little Chewbacca from Star Wars and apparently Malla is the female version of the Wookie name Chewbacca.”