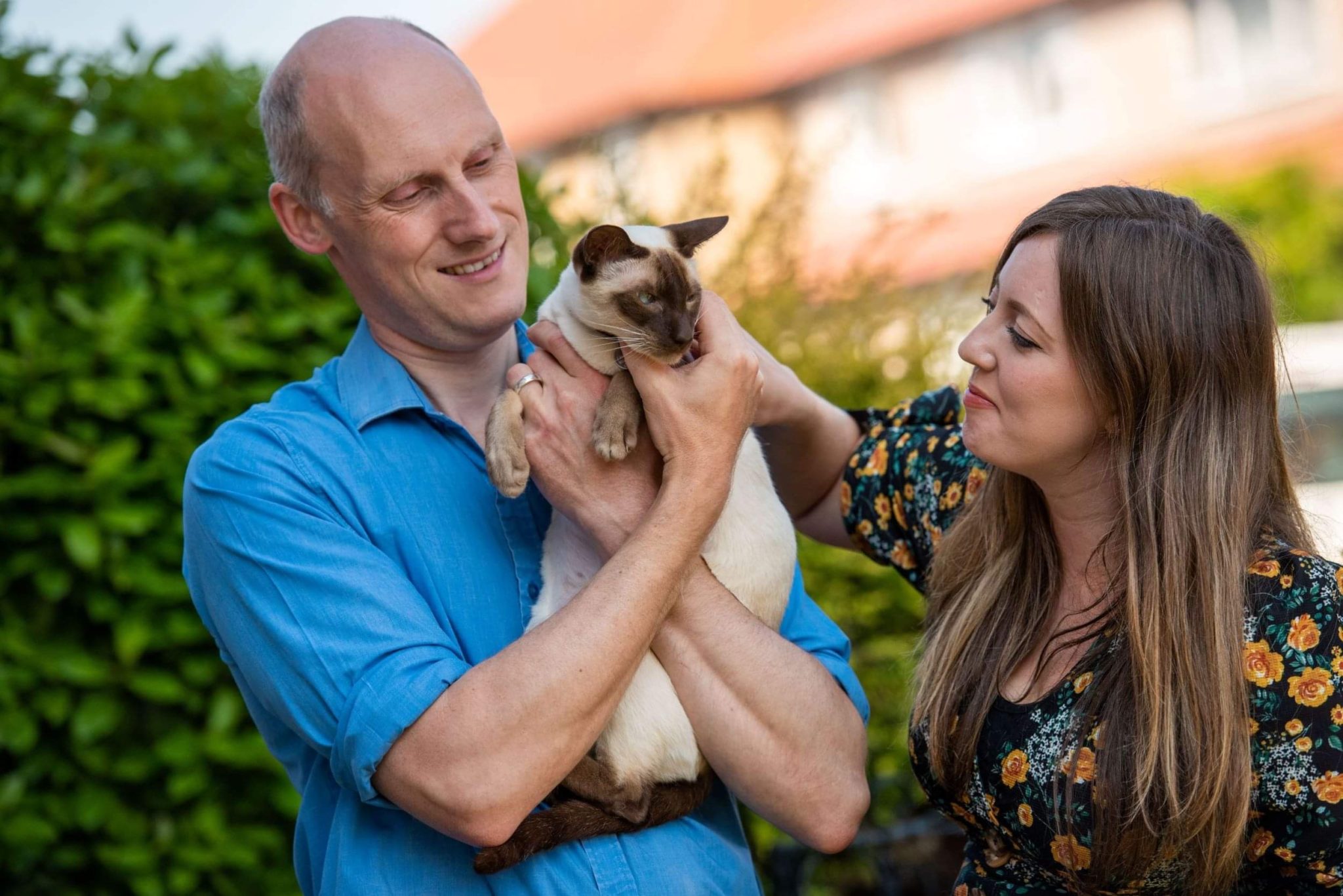 A Siamese cat from West Kirby had a brush with death after swallowing a pile of its owner’s hair bobbles.

Marley’s owners hadn’t even noticed he’d been eating the bands until he fell ill but X-rays revealed the three-year-old feline had a huge mass, over 30, in his stomach.

Staff at Acorn Veterinary practice in West Kirby decided the best thing to do was to operate.

But they were shocked to find a mound of hair ties taking up “around 80%” of Marley’s stomach, which were thought to have built up over “quite some time.”

Marley’s owner Helen Unitt (pictured above with her cat and vet, Nick Whieldon) said the hair accessories have since been hidden away and she and husband Pete now keeping a close eye on their bobble-chomping cat.

She said: “The first time we noticed something was wrong with Marley was when he started vomiting.

“Initially we weren’t overly concerned until it got really bad and we noticed he’d vomited a piece of rubber.

“We got an emergency appointment as we were very worried and we were really grateful that Marley was seen very quickly.

“X-rays were carried out and that’s when they noticed there was a big mass in his stomach.

“But it wasn’t until they opened him up that they realised it was a clump of hair bobbles along with elastic bands and string – things we didn’t know he was eating.”

Vet Nick Whieldon carried out the surgery on Marley, and said: “We could feel that Marley’s stomach was almost entirely full of material and when we opened it up we found he’d eaten a lot of hair bobbles.

“It was a very unusual case, I’ve never seen an animal consume so many.

“Thankfully we acted before any of them made their way through his intestines as foreign bodies such as string, bobbles and the ribbon you see on birthday presents that cats often like, can concertina and cause linear tears and lacerations which can be extremely dangerous.

“Luckily Marley has recovered very well but we’d like to warn pet owners not to leave items such as this lying around.”

Owner Helen confessed that the bobbles belonged to her, after “leaving them lying around without thinking”, but now she’s making sure they are out of reach of Marley’s claws – and jaws!

“I’ve gone through the entire house removing any stray bobbles or anything that looks remotely elastic or string-like because I don’t want a repeat of that,”she said.

“You don’t realise how something so harmless could be so catastrophic.

“I feel like I can laugh about it now that he’s ok but it was such a terrible time.

“I must say that the care given by the vets was just brilliant, they were absolutely wonderful and so reassuring as we were beside ourselves with worry.

“We can’t praise the staff at Willows enough for what they’ve done for Marley and hope his ordeal serves as a warning to other cat owners.”