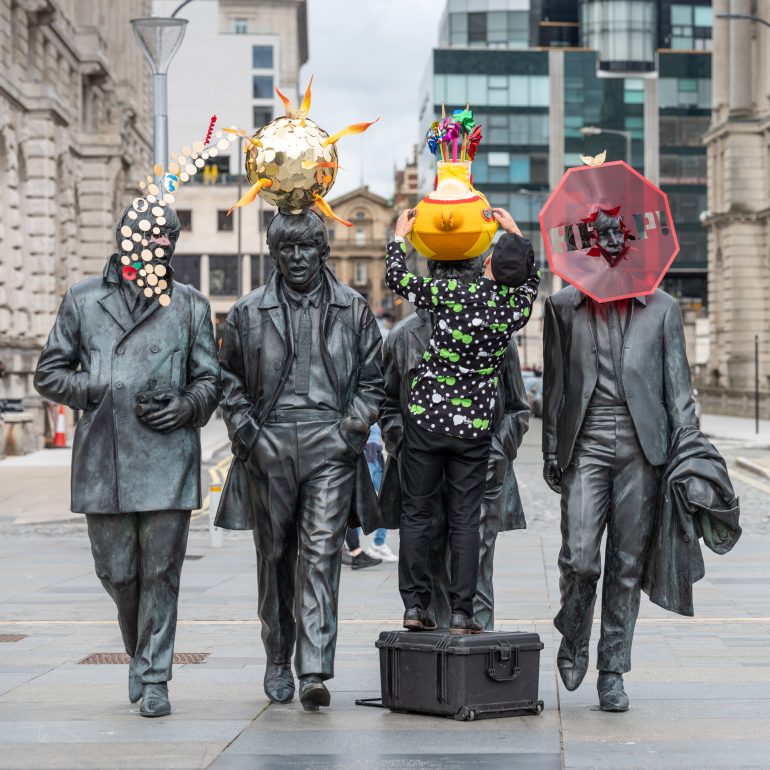 A cultural project documented by a local photographer has scooped a top national broadcast accolade.

Statues Redressed – a partnership between Liverpool City Council and Sky Arts – took gold in the Best Content Partnership at the Broadcast Digital Awards.

Production company Northern Town brought together 20 artists to challenge and celebrate the role of the city’s statues in modern times as part of an ongoing debate around who and what should be immortalised as public monuments.

David Edwards, known locally for his work with West Kirby RNLI, was the official stills photographer for the project, shown on Sky Arts last October.

The artists’ interventions ranged from the celebratory to the confrontational, with the statues gradually revealed to the public throughout the summer of 2021.

The judging panel, who were also shown David’s images as part of the submission, described Statues Redressed as “a brave and topical documentary highlighting many unknown complexities in our town”.

David Edwards said: “My brief was to record not only the grand reveals but to document how the artists, activists and film crew made it happen.

“The journey was full of emotion as the statues covered the “Good, the Bad and the Ugly” from colonialism and slavery to the celebratory.

“My images made the major broadsheets, formed part of an exhibition in Liverpool One and found some notoriety when Nigel Farage used my image of Queen Victoria to chastise Liverpool for being involved with the project.”

David has been a freelance photographer for a number of years and though originally primarily published in outdoor interest titles he now works almost exclusively as a commercial photographer on a variety of projects from large interior structures through to commercial portraits and fashion/editorial work.

He also undertakes Third Sector work supporting the RNLI volunteer crews of the West Kirby Lifeboat through his photography, liaising with their PR teams both locally and nationally.