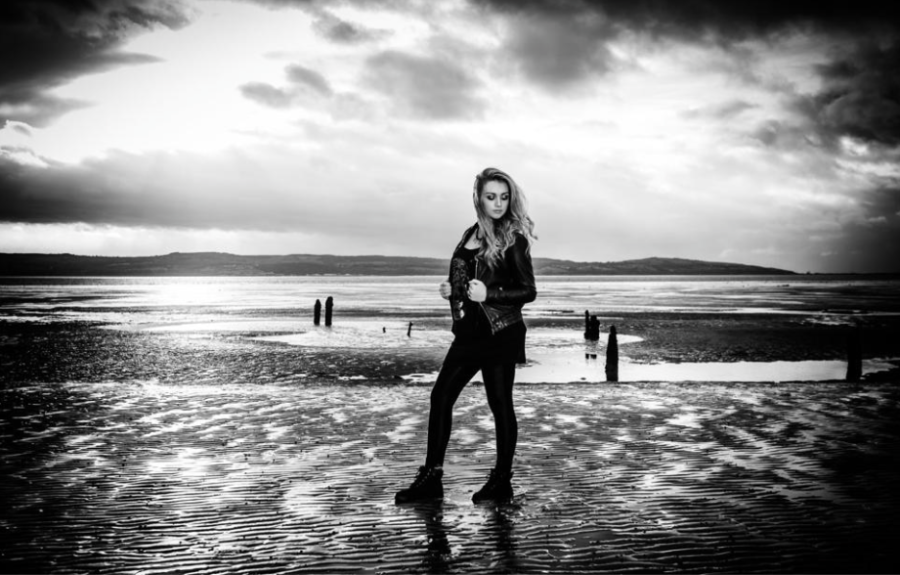 Seacrest, also known as the man who helped bring the Kardashian family to fame, chose Bronnie from thousands of hopefuls to join his ‘Worldwide Cover Song Contest’.

She was the only non-American to take part and the youngest competitor. Despite this, her acoustic version of Amnesia by 5 Seconds of Summer went on to win the competition after gathering support on Twitter from One Direction’s Louis Tomlinson.

She said: “I think I have two highlights of my career so far. Winning the Ryan Seacrest competition and, also, auditioning for a band in front of Louis Tomlinson, from One Direction. After the audition I went up to him and thanked him for tweeting about me and helping me win the competition. He was so nice.”

The 18-year-old singer songwriter now has more than 22,000 Twitter followers and her YouTube videos have been viewed more than 300,000 times.

Bronnie, who performs cover versions as well as her own original compositions, said she takes inspiration from her home town.

She said: “One of my favourite places to go is Caldy Beach. I like to go down there in the Summer and chill out and write songs.

“I’ve loved music all my life. I was performing in musical theatre at the Liverpool Empire from the age of seven. My Dad was in a couple of bands as well, so I think that is where I get it from.

“In ten years’ time, I would love to be performing in a band and writing my own original songs.”

In February 2016, Bronnie is set to perform with Jamie Skinner – former support act for LA rock band Hey Violet – at The Garage in Highbury, London.

Not bad for the former West Kirby Grammar School student, who is now studying for a foundation degree in Popular Music at LIPA.

When asked about her favourite places in her home town, she lists Hickory’s and Django as her top choices.

She lives with her parents, Mark and Jan, who are also her managers, along with her siblings Tom, 17, Haelwen, 14 and twin brothers Morgan and Dylan, both 10.